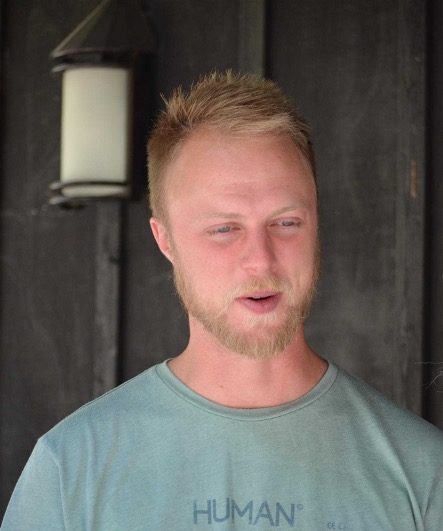 Following in the footsteps of his grandfather, Robert (founder of Robert Keenan Winery) and his father Michael, current President, Reilly is the 3rd generation of Keenan to choose to follow his love and passion of wine as a part of the team at Keenan.

Reilly grew up amongst the Keenan vines on Spring Mountain and has been immersed in wine culture ever since he can remember. Reilly has been a vital member of the Keenan winery team beginning at age sixteen, working every harvest, hosting tastings for visitors on the estate, and as the dedicated point person for many consumer and trade events. Reilly went on to study Political Science and Philosophy at the University of Oregon in Eugene. Post-graduation, Reilly continued to broaden his knowledge of the wine industry through work in the fine wine restaurant business. He also worked for a year in Atlanta, GA as a Keenan specialist with one of Keenan’s broad market distribution partners. This has brought him full circle back to his roots and a full-time commitment to Keenan Winery.

With Keenan’s collaborative approach to winemaking, Reilly is now an integral part of the Keenan winemaking team (made up of his father, the cellar master, and winery general manager) and the task of maintaining the established winemaking & aging protocols and the style of Keenan wines. He truly has a hand in the process from vine to bottle. Much like his father did when he joined the winery full time in 1998, Reilly is already bringing his own ideas and dreams for the future of Keenan Winery. He also stays on the pulse of the business by maintaining relationships with key accounts in San Francisco and the CA market.