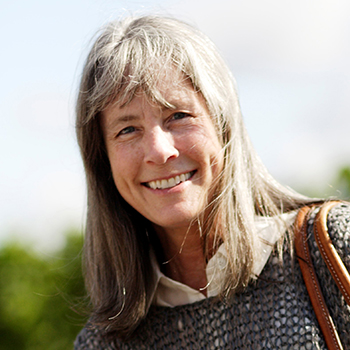 In 1987 Wendy Lange, along with her husband Don, founded Lange Estate Winery in Oregon’s Dundee Hills. Leaving the East Coast to pursue her studies at UC Santa Barbara, Wendy soon became enamored by the burgeoning wine scene. There came a moment when it was time to make a choice: Pinot noir or English Literature. Fine arts or fine wine? Why not pursue the fine art of making wine? Wendy’s parents were overjoyed with both her reasoning skills and career choice.

Now, some 26 years later, The Langes, along with son Jesse, are growing Pinot noir, Pinot gris and Chardonnay on their 56 acre estate located in the heart of the Dundee Hills. Seriously dedicated the notoriously finicky Pinot noir varietal, the Langes produce upwards of seven different bottlings per vintage. Among the first wineries in the U.S to produce Pinot gris, the Langes were on the vanguard of this now popular varietal by pioneering both a barrel fermented version along with the more traditional stainless steel offering. Their classic, old world style Chardonnays remind Wendy of her favorite French Burgundies and she makes a point of securing enough to enjoy with friends and colleagues over long lunches and dinners through out the season.

Recently named one of Wine and Spirits Wineries of the Year, the Langes are also celebrating 26 years of crafting world class wines in the heart of Oregon’s Dundee Hills.