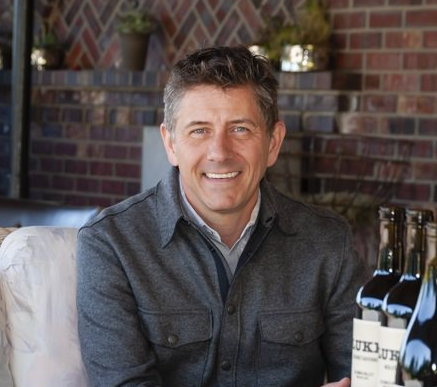 Thomas Vogele grew up in Seattle, Washington, the son of Swiss immigrants, and found his way into the wine business in 1992 after graduation from college and with no real idea what he wanted to do with his career. His Dad and some of his business friends told him “either go back to school or go try to sell something.  Either you will have ‘it’, or you won’t”.

Curious about what they meant by that and with frankly no desire to spend any more time in a classroom, he took a job in sales with the E&J Gallo Winery.  14 years later—after a stint in Europe followed by working for the Trinchero and Robert Mondavi wine families—Thomas became interested in the winemaking side of the business.  Mostly as a side project while maintaining his sales career working for Michael Mondavi and FOLIO Fine Wine Partners, by 2012 he began making wine in earnest and in late 2014 launched LUKE Columbia Valley.

Luke wines are a culmination of Thomas’ knowledge and respect for the great wines of the world, and the undiscovered wine-growing regions of Eastern Washington.