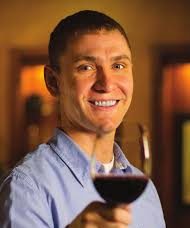 Based at Columbia Crest Winery in Paterson, Washington, Reid oversees Intrinsic Wine Company, Borne of Fire, Seven Falls Cellars, amongst others. A graduate of Eastern Washington University with a degree in chemistry, paired with his endless curiosity, led Reid to a career in the wine industry. Reid joined Columbia Crest in 2008 as an enologist and was later promoted to assistant wine maker in 2012. Reid assumed the role of Head Red Winemaker for Innovation Brands in 2019.