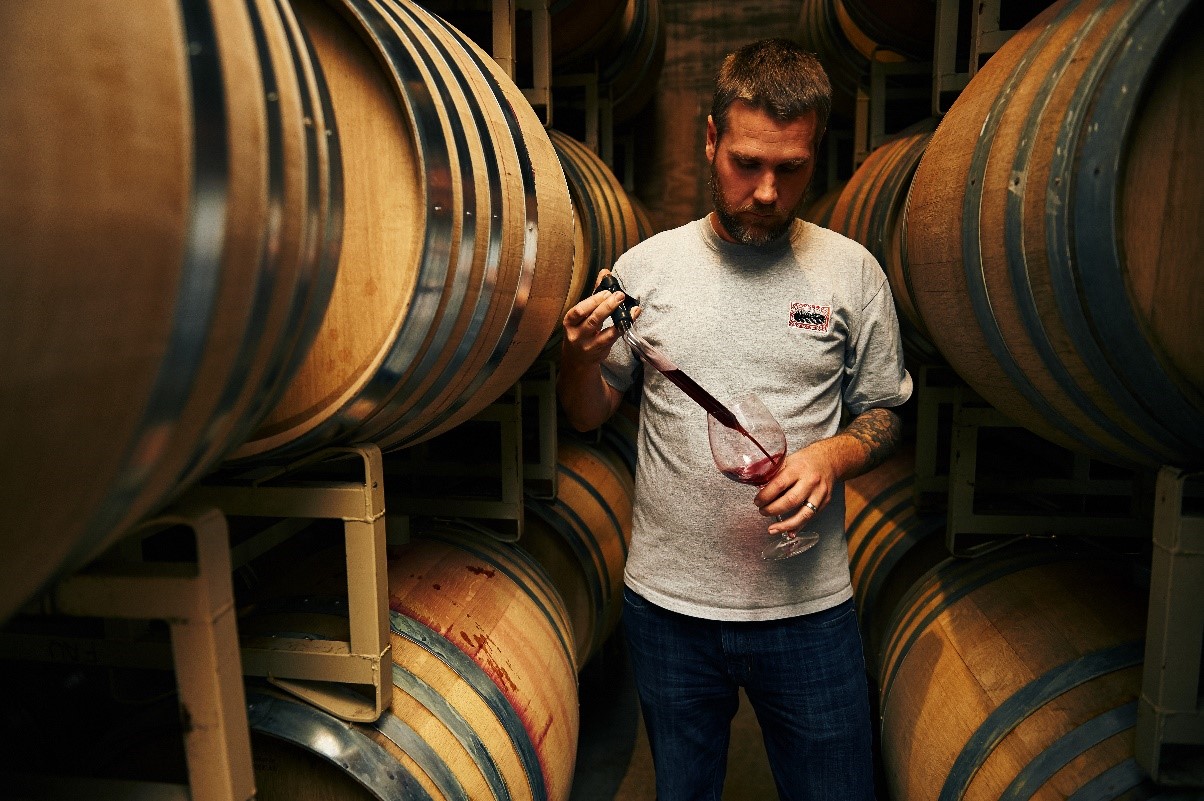 Like many great winemakers, the story of Benton-Lane’s Michael Hammond begins with a passion for chemistry. The son of two military parents, Michael was born in Italy and lived throughout Europe in his earliest years before the family put down roots in Fair Oaks California. There, both parents would go on to pursue careers in education, with his mother becoming a chemistry professor. This passion for chemistry was passed along as Michael would soon enroll in Oregon State University in 2003 and become one of the first graduates of their Enology and Viticulture dual major program with a minor in chemistry.

Michael’s passion for chemistry and viticulture quickly took shape into a career. Immediately after graduation, he began working at Firesteed Cellars in the Willamette Valley where he would rise from harvest intern to the role of Cellar Master in 2010. At that point Michael would head further south in the Willamette Valley to a legendary Pinot Noir producer, Benton-Lane Winery, where he is now the head Winemaker. Away from the vineyard, Michael is a busy father of 2 young girls, an avid outdoorsman, and (when he can find time) a home brewer.