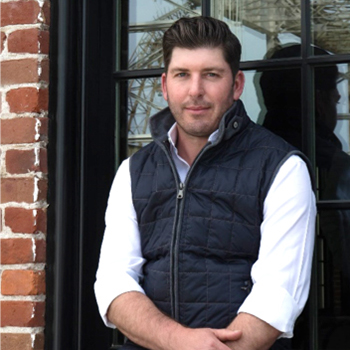 Visionary winemaker, Dave Phinney lives and produces wine in Napa Valley, but his interests truly span both the globe and various trades. His first foray in the wine industry was in 1997, working as a Napa Valley harvest intern. Dave quickly discovered if he were going to work that hard, he’d knew it would eventually have to be for himself. The following year he set out on his own and created the now internationally-celebrated Orin Swift Cellars.

For over 20 years, Dave’s ongoing well of creativity has yet to show signs of drought. His innovative wine blends and continuous stream of imaginative labels have solidified universal acclaim, hailed for both the quality and creativity of his approach. With a collection of diverse, mysterious wine brands, Dave looks to tells a new story with every bottle.

“I’m not trying to make some statement. I’m just doing what I like,” Dave says, “And if you like it, that’s great. And if you don’t, I totally understand. They are what they are: telling a story.”

Dave, a self-proclaimed “dirt farmer,” loves growing so much he now owns vineyards in the South of France, Italy, Greece and Spain – and somehow manages to remain steadfastly close to the growing and winemaking processes for all his brands.

Today, Dave produces wines from premier sites across California and his favorite regions around the world. Phinney has managed to cultivate incredible relationships with growers throughout his winemaking career. Heralded sites and well-known growers have provided the backbone of many of his winemaking projects.

An example of Phinney’s long-term relationships can be found in Napa and the Stagecoach Vineyard. Dave became aware of Stagecoach through the original owners. Many years later, he continues to prize the fruit from Stagecoach for a number of his Orin Swift labels.

The simple concept of making the best possible wine from any given country is the premise for the successful brand, Locations. He has also created Department 66, the namesake for his vineyards and winery located in the Roussillon region of France. Using a blend of 80 to 100-year-old vines, Dave crafts red and white wines from Grenache, Syrah, Carignan and Mourvedre. His latest project, L’Usine, is a limited release brand that will offer three Pinot Noirs sourced from some of California’s most coveted vineyards, including Sleepy Hollow in Monterey and Annapolis Ridge Vineyard in Sonoma Coast.

Dave has continued to show his deft touch with blending, his enduring curiosity and his bold, inventive style that builds on a sense of artistry and instinct.