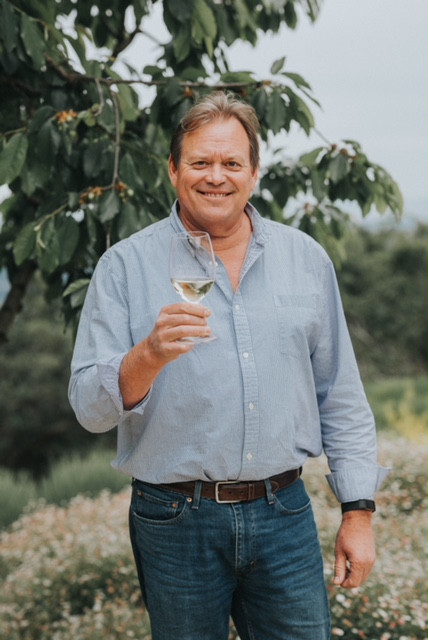 Dave Guffy first became interested in wine as a Food Science student at California Polytechnic State University, San Luis Obispo. During his college years, he was working in restaurants where he had the opportunity to sample a variety of different wines and wanted to learn more.

The diversity of flavors and variety of wines from around the world inspired him to work a harvest at a small Santa Cruz Mountain winery and he was hooked. He decided to transfer to Fresno State to be part of the enology and viticulture program to pursue his newly found passion. While studying at Fresno, he worked every harvest at Corbett Canyon and stayed on after graduation for an additional 3 years.

Later he joined the Kendall Jackson family as the winemaker for Cambria Estate Winery located on the Central Coast of California and there he honed his skills making Chardonnay, Pinot Noir, and introduced Syrah to the Tespusquet Bench. In 1999, Donald Hess hired Guffy as Director of Winemaking for The Hess Collection and he began his next chapter in Napa learning about Cabernet Sauvignon and nuances of mountain Cabernets while continuing his love for crafting Chardonnay. Nearly two decades later, Guffy admits Napa is home and Mount Veeder is an exceptional place to make Cabernet. He developed a love for mountain-grown Malbec and a little finds its way in many of the Cabernet-based wines that Guffy creates for The Hess Collection. As a winemaker, he places special emphasis on what happens in the vineyards, where he spends time year-round. “I have a strong belief in making wine in the vineyard, working each site to absolutely maximize flavors,” says Guffy. “I like the challenge of using my intuition/gut feel to flow with each season and the unpredictable nature of farming (weather) to deliver the best grapes to start each vintage. In other words, work with each season, not against it.”

A Northern California native, Guffy spent many summers with his grandparents on their 500-acre Kansas farm where his curiosity for agriculture began. To this day, Guffy is fascinated by the agricultural elements of winemaking. “The farming aspect of wine has a primal challenge about it, and the same with winemaking,” says Guffy. “You can never know everything. Every year the challenge is to do it better than the year before.”