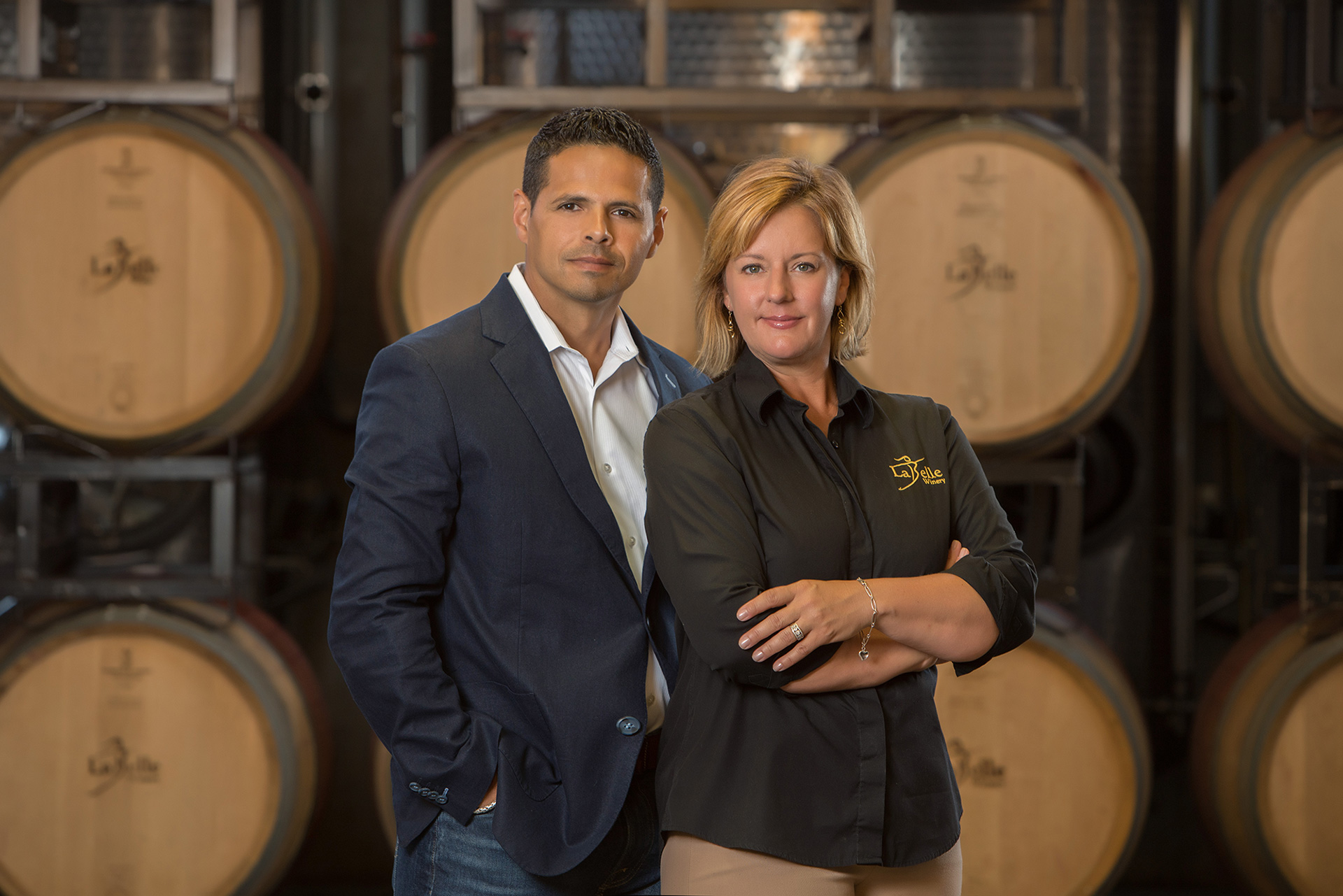 Born in Medellin, Colombia, Cesar immigrated to the United States to join his family when he was seven years old. His parents worked tirelessly – often two shifts a day – to provide their children a chance at the American Dream.

Cesar graduated from UMASS and began his career in IT, managing UNIX systems for Sun Microsystems for ten years, and eventually working at Fidelity Investments, where he met Amy. In 2006, Cesar began to work with Amy LaBelle toward the goal of opening a world-class, state of the art winery here in New Hampshire. Often working nights and weekends around his day job schedule, in 2008 Cesar finally left his career to help Amy build LaBelle winery full time. Cesar manages cellar operations such as the winery’s filtration and bottling programs and also manages the sales staff.

Cesar loves learning the art of entrepreneurship and growing his business, and fastidiously manages the production of LaBelle Wine. His favorite business notion that “quality can be found anywhere” emphasizes that here in New Hampshire, world-class wine is a reality. Cesar will accept no less.
Cesar and Amy live together in Amherst, New Hampshire with their two sons Jackson Alejandro and Lucas Cesar.

Amy LaBelle is the founder of and winemaker at LaBelle Winery. Formerly a corporate attorney practicing in Massachusetts and New Hampshire, her lifelong interest in wine led her to open LaBelle Winery to pursue her passion for winemaking. With LaBelle Winery developing into a destination winery, Amy has slowly seen her dream realized: to focus full-time on making world-class wine in New Hampshire.

LaBelle Winery has celebrated its 6th anniversary in its 20,000 square foot state-of-the-art winery and event center open seven days a week, where wine lovers can taste wine in the Grand Tasting Room or relax with cocktails or wine in The Bistro at LaBelle Winery, whether in the Tasting Room our outside on the terrace, warmed by the fire bowl and overlooking The Vineyards at LaBelle Winery. LaBelle also presents at numerous In-Store Tastings in partnership with our retail partners and charitable events. LaBelle Wine can be purchased at NH Liquor & Wine Outlets, Shaw’s, Market Basket, Hannaford, Costco, and a large number of New Hampshire and Massachusetts specialty stores, cafes and markets. A full listing of stores is on the LaBelle Winery website.

Amy LaBelle is also the founder of Empowering Angels, a charitable organization that empowers girls and young women to embrace the possibility of entrepreneurship as an option toward achieving their goals by providing education in basic business skills and strategies and through providing women role models by which these young entrepreneurs can model their behavior.