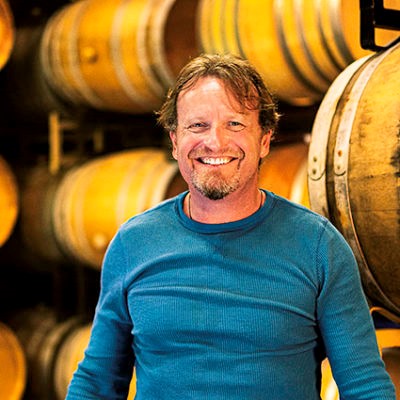 Adam LaZarre is a veteran winemaker with nearly 20 years of experience.
Adam first fell in love with wine while serving honorably in the U.S. Navy. Rather than continue his military service, he chose to enroll in Fresno State’s highly acclaimed Enology program where he graduated, despite all the wine he drank while in school. During his studies, he fell in love with and subsequently relocated to the Central Coast of California where he now produces Cycles Gladiator, a brand that provides a consistent level of quality at a price/value ratio.
Adam is one of the most accoladed winemakers in California, with Best-of-Show wins at the most prestigious wine competitions in the world including the L.A. International Wine Competition where he is the only three time winner of this respected wine competition. In 2005, Adam was named “Winemaker of the Year” in the Sacramento Bee and was also named “One of the Top Five Winemakers” in the San Francisco Chronicle in 2006. Earlier in 2012, Adam was ranked #69 on IntoWine.com’s “100 Most Influential People in the US Wine Industry”.